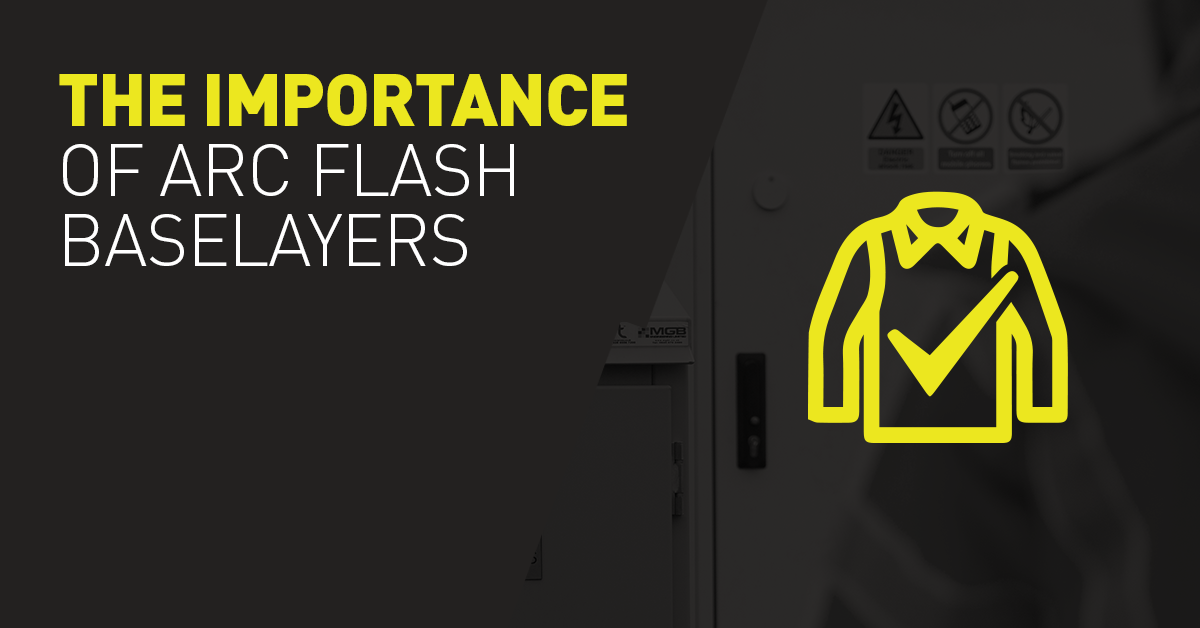 When you’re working in variable temperatures, or on tasks which need you to be flexible, you may be tempted to wear thermal underwear or base layers, or to take a layer off and roll up your sleeves. But the risks of doing so can be extreme.

Arc flash describes the intense short burst of radiant heat and light produced as part of an electric arc and can reach temperatures of 19,000oC – hotter than the surface of the sun.

Although this lasts for a very short time (from fractions of a second to a few seconds in a longer burst), it’s intensity is enough to cause permanent life changing injuries or death.

Despite the severity of the potential consequences of an arc flash, several myths still abound which often undermine the safety messaging. We tackle some of them here.

‘It will never happen to me’

It can be easy to think that the rarity of such incidents means, ‘It will never happen to me’, but official statistics rely on accurate incident reporting and arc flashes are often miscategorised as a general electrical incident in a RIDDOR. So they’re likely to be far more common than people realise.

At ProGARM we’ve conducted an arc flash study, with our own extensive research into the frequency of arc flash incidents and found 57% of workers have either experienced one or witnessed one to varying degrees of severity.

They’re also not limited to those working specifically in industrial electrical roles as an arc flash can occur due to cable strike for example, which could involve general operatives working on groundworks on a construction site.

The following video shows the very real danger of breaking ground and striking an underground cable.

If your work has been properly risk assessed and contains any risk of electrical incident, we strongly recommend seeking the most durable and rigorously tested PPE suited to your needs. Here at ProGARM we focus 100% on arc flash and flame resistant PPE, leading the market in research and development.

‘I’ll just roll up my sleeves for a second’

It’s understandable that some tasks need you to feel unrestricted and flexible and you need to feel comfortable at work. Unfortunately, simply wearing the right PPE isn’t enough. You must be wearing it properly.

While it can be tempting to roll up your sleeves, or take off a mask – even if only for a few seconds – the consequences could be catastrophic.

This is why we’ve invested heavily in developing our 100% inherent VXS+ fabrics to feel soft and flexible for all day use without compromising your safety. We’ve also listened to customer feedback to make sure our garment designs are as practical as possible.

As an example, we think about the number and placement of pockets knowing that having these and being able to get to them easily could make all the difference to whether you keep the garment on or become frustrated and take it off.

While it’s fantastic that your employer has considered your risk and given you flame-resistant PPE, safety at work is everybody’s responsibility – including your own.

Ordinary clothes (such as your personal t-shirts, trousers, socks and underwear) are often made using synthetic fibres, such as polyester, which would melt and burn within fractions of a second in an arc flash blast.

While an outer arc flash garment will provide a substantial and potentially life-saving degree of protection, this could be severely compromised by wearing ‘normal clothes’ as base layers.

To survive the intensity of an arc flash, it’s essential that all your base layer clothing – including underwear – is also safety approved and appropriately flame resistant. Lab tests have also proven this to be substantially more effective at reducing burns.

For more information about our Arc Flash Standard protective clothing, call us on 01482 679600 to speak to one of our sector specialists for guidance.